Wladimir Klitschko is getting cold feet as his delayed revenge-or-return showdown with Tyson Fury approaches. 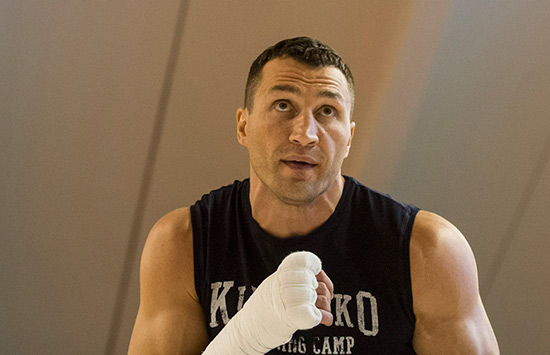 But don’t misinterpret that. The former multi-belt world heavyweight champion is still very much up for a second crack at Fury – but it is not only his feet that are cold.

If it is not a contradiction in terms, Klitschko is coming out of the cold to warm up for Fury.
His whole body purposely drops to well below freezing every day as he goes to extraordinary lengths to prepare for his re-match with the gypsy giant who sensationally deprived him of those titles in Dusseldorf last November.

That result was a shock to the Klitschko system but maybe not quite as much a shock as the regular visits to the Cryosauna where he spends up to three minutes after training every day in temperatures which can drop to minus 150 C.

“You think you really know what cold is? “ declares the Ukrainian. “Cryosauna, gives you one of the best recoveries for your body and mind.”

Athletes use whole body cryotherapy as an alternative to ice baths or cold water immersion as it is thought to aid recovery from delayed onset muscle soreness.

The machine looks futuristic, like a time-travel tube or a tanning bed covered in metal and flipped upright and opened at the top to release a fog of nitrogen mist. It’s an extreme, new-age version of an old-fashioned ice bath.

Cryotherapy is a growing trend in sports with the Welsh rugby team travelling to Poland for sessions in 2012 before building their own £40,000 chamber in Cardiff.

Floyd Mayweather jnr used the first one to be opened in Las Vegas before he fought Manny Pacquiao. Andre Ward is another fistic convert to the deep freeze.

Klitschko now has one permanently installed at his luxury training camp in the Austrian Alps.

A sports medicine expert tells us: “It tricks your body into thinking you’re going into hypothermia. So it sends blood from your arms and legs into your core. That blood picks up enzymes and oxygen and nutrients, and as you jump out, it circulates back through your body.”

Klitschko, who is using also daily cycling sessions as an aid to improve his stamina, is determined not to catch another cold against Fury. Camp insiders say he was ‘mortified’ by the abject manner of his defeat.

“I made many mistakes against Fury and I am embarrassed by them ,” he says.
This time he intends to turn on the heat from the start even though he needs to come in from the cold to do so.

Klitschko knows that the longer the fight is delayed the lesser his chances. For coaches will tell you that from the age of 40 the legs get slower with every day that passes. Which is why he wants the suggested new date of October 29 firmly rubber-stamped.

In a sport where there are often more writs than right-handers flying around, both combatants are threatening court action.

The Olympic champion of 1996 says he is taking Fury to court to ensure the re-match takes place.
“Unfortunately, Team Fury is trying to change the terms of already signed contract multiple times, and it is going on endlessly,” Klitschko said. “As I must protect my own rights, and eventually see the rematch, I am forced to go to court.”

Fury, 28, won the WBO, WBA and IBF belts from Klitschko nine months ago but t was forced to pull out of the initial re-match in July after injuring his ankle in training.

Klitschko’s manager Bernd Boente claims Fury’s team were trying to change “many parts of the
contract”, including “financial conditions”.

So far Team Fury have yet to comment but Fury himself has threatened to sue UK’s anti-doping body over claims that he had taken a banned substance over a year ago.

He was initially suspended on 24 June but the ban, both on Fury and his heavyweight cousin Hughie, was lifted on appeal until a hearing in front of the National Anti-Doping Panel – which I understand will take place on November 4, the week after the Manchester bout.

Earlier this week, 28-year-old Fury had mapped out a three-fight wish-list that included the Klitschko re-match and unification clashes with IBF holder Anthony Joshua and WBC king Deontay Wilder.

The Russian Alexander Povetkin is also back in the heavyweight title mix following an extraordinary decision by the WBC not to suspend him despite an earlier positive test for meldonium, the drug of choice for many Russian athletes including tennis star Maria Sharapova who has been given a two-year ban by the International Tennis Federation.

The WBC says the former champion is off the hook because of “the impossibility to scientifically prove that Mr. Povetkin ingested meldonium after January 1, 2016.” (the date the drug hit their banned list.) 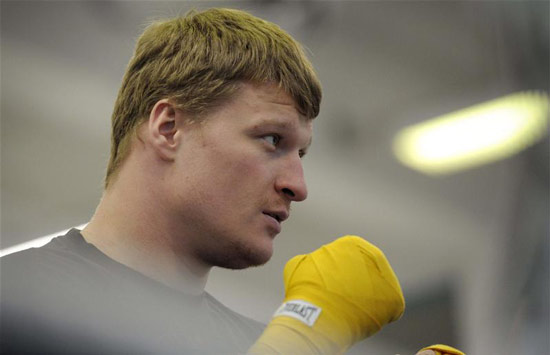 Instead Povetkin will now fight Bermane Stivere for the interim WBC belt with holder Wilder apparently ruled out until next January following hand and biceps surgery.

Povetkin had been due to meet Wilder in Moscow before the positive test was revealed two weeks before the scheduled bout.

So some potentially mouth-watering match-ups await the winner of Fury v Klitschko 11.
But at the moment the only combatants exchanging blows seem to be the lawyers.

Never mind the legal eagles, the fans want Fury and Klitschko settle their differences where it matters – in the ring.

So as that great referee Mills Lane used to say: ”Let’s Get It On!”.