World title challenger Billy Joe Saunders has blasted arch nemesis Chris Eubank Jr saying he is a “phony” who is not at world level. 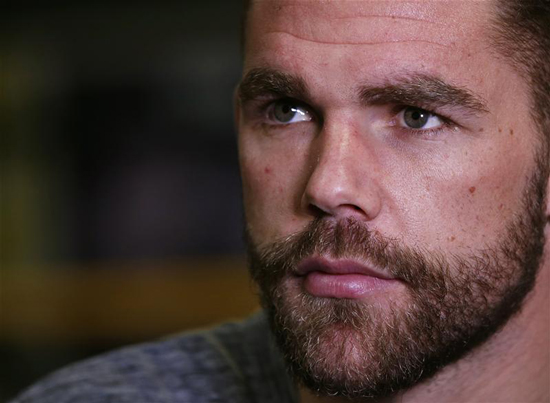 The 26-year-old from Hatfield, who takes on WBO champion Andy Lee this Saturday night, exclusively live on BoxNation from the Manchester Arena, has said he was left unimpressed with Eubank Jr’s win and that he will fall short if he takes on the best around.

The middleweight rivals have previously locked horns with Saunders coming out on top winning a split points decision late last year and he is adamant that the Brighton boxer will flop once again if he shares the ring with another top 160-pounder.

“The truth of the matter is that Eubank Jr does not belong at world level – he’s a phony, it’s as simple as that. I wasn’t impressed with his win over Gary O’Sullivan who I’ve already beat. He thinks he can fool the public with a win like that but he can’t,” said Saunders.

“His aim now is to move up and fight the best guys in the world but we saw what happened the last time he stepped up a notch and faced me, he was badly exposed. The same thing will happen with him if he fights someone like Danny Jacobs for the WBA title.

“You’re not the best middleweight in your own country and you want to fight a world champion and say you’re going to beat him? I think it’s delusion and he thinks he’s greater than he actually is.

“Sooner rather than later he’s going to get exposed again as the fraud that he is. You can keep talking but eventually you have to back it up in the ring against top level fighters. He’s won his last fight now he’s back talking shit again like he’s the best fighter in history.

“If he has the balls to fight again, which I doubt, I would happily hand him another beating but this time in even more convincing fashion,” Saunders said.

The Channel Of Champions, BoxNation, will televise Andy Lee v Billy Joe Saunders live and exclusive on Sky 437/HD 490, Virgin 546 and Talk Talk 415.  Subscribe at www.boxnation.com  Or watch online at Livesport.tv and via iPhone, iPad or Android.