WRITTEN IN THE STARS

THE BIG INTERVIEW – LIAM WALSH
Round 4 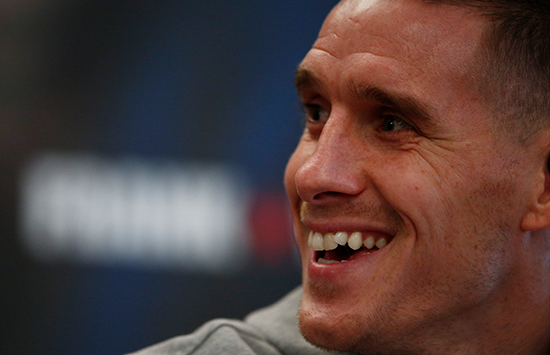 When he takes the few short steps towards the ring apron on Saturday night, don’t be surprised to see Liam Walsh – as well as his two brothers – take a little glance skywards.

It will represent a quick moment of remembrance for their late father John – a man clearly never far from their thoughts – who passed away five years ago.

It was John who transferred his boxing passion onto his offspring and the motivation behind them gloving up as toddlers. If childhood arguments resulted in fisticuffs, John insisted that hands must be bound in leather.

Success for Liam in his IBF world title challenge against Gervonta Davis at the Copper Box would represent the fulfilment of a collective dream for the Walsh Pack.

For John, it wasn’t so much a dream, more a conviction and one he regularly imparted to young Liam.

“This isn’t only my dream and it is another weight or burden on the fight because my dad always used to say to me ‘promise me you will become a world champion’ from the age of five, six or seven,” revealed the now 31-year-old who celebrated his birthday along with his twin Ryan on Thursday.

“Half the time he’d had a few beers when he used to sit me down on his knee and I would say ‘dad, I will do my best’. I was forever saying I will do my very, very best.

Liam admits he will be mulling over his dad’s words as judgement night looms, imagining what wisdom would’ve been passed from father to son ahead of such a momentous occasion.

“All the time, not only in boxing, I try and think what he would advise or what he would’ve said. I’m sure on the night, if he can help in any way, he will be there, that is for sure. 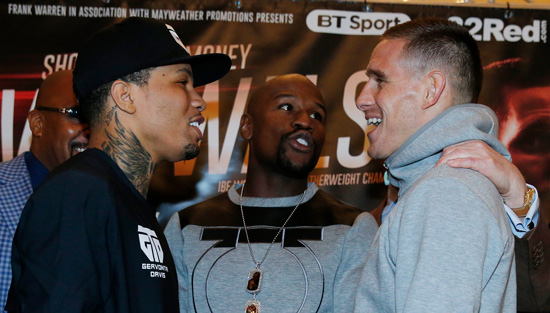 “Nothing in the world would please me more than to win the world title and say ‘we did it dad’.”

Should that news pass his lips and a lifelong ambition is indeed realised, Liam is offering no guarantees over making an attempt to reign supreme over the super featherweight division.

Dethroning Davis could be his end game.

“It could be the end also, honestly,” he conceded. “I can’t guarantee I will carry on and I’ve even said to my brothers that it could be the last fight I ever have.

“Once I have achieved my dream that could be it because I never set out in boxing to become a multi-weight world champion.

“If I lose it will certainly not be my last fight. For me you can only judge a man after he has fallen and gets back up. When it is all going rosy everyone is good and we are all brilliant.

“When a man has been beat or come through adversity, then judge his character. There is no way if I got beat that I could retire, I couldn’t. My dream is to be world champion, so if I didn’t win, I am still on that path, without a doubt.

“If I win, I honestly can’t sit here and say to you I will definitely fight again.

“I’m not motivated by money. I need money like everybody else, but I don’t live an extravagant lifestyle and being happy is my motivation in life – and having a healthy family.”