YARDE AND DUBOIS MARCH ON AT THE GRAND OLD YORK HALL 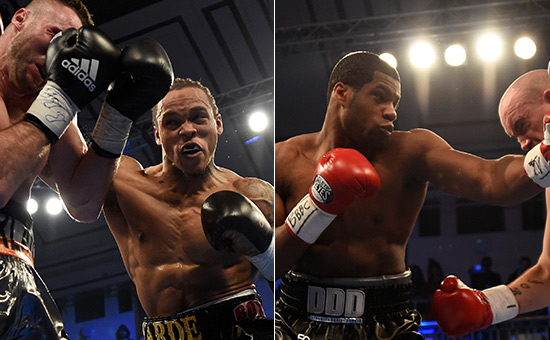 THERE IS SOMETHING about the old York Hall and Zelfa Barrett won’t forget his first experience of the iconic small hall venue on Saturday night.

The Manchester starlet came unstuck against the marauding Ronnie Clark in what was an epic encounter, but Zelfa just needs to put it all down to experience and come back stronger.

Unfortunately Zelfa, for the first time, got it wrong in the ring with the tactics he employed in dealing with a tough customer and his usual fluency and composure just wasn’t there on this occasion.

I am not knocking the work of Ronnie in any way because he came down here and did what he said he was going to do. You could sense during the press conference last Thursday that he really meant business and it was clear Zelfa wasn’t going to have it all his own way against someone who fully intended to derail what was previously a meteoric rise.

However, what we saw on Saturday was not the Zelfa we have come to admire and he will learn a painful lesson from it. Having said that, the scoring from two of the judges – 116-111 – I felt was ridiculous, although I don’t think he won it and came up short by a couple of rounds.

The positives to come out of it – especially with the knockdown – are that he showed plenty of balls. He picked himself up, gritted his teeth and showed that side of his character.

From then on he basically let his heart rule his head.

I firmly believe he will learn from it and another fight with Ronnie is one I would like to make.

The difference between Zelfa and Anthony Yarde – who faced a brave and very capable opponent in Tony Averlant – is that Anthony wisely stuck to his gameplan.

I believe Averlant came with the intention of taking him into the second half of the fight to test the stamina of Anthony and see whether he would still have anything in the tank!

Anthony managed to maintain his workrate, kept throwing his shots and kept Averlant on the back foot. That is what Zelfa should have done with Ronnie, kept him on the back foot and not allowed him to continually pour forward.

It is no more than a bump in the road for Zelfa though, maybe it is better to experience such harsh lessons now rather than later.

Anthony continues to move from strength to strength and is demonstrating that he has got gears to successfully manage his energy output, which is a fantastic sign for someone with such limited experience.

The guys he is fighting, I don’t care what anyone says, possess much greater experience than him. Averlant, for example, had only been stopped twice previously in his 38 fights and the 22-0 Dominic Boesel was taken the 12 round distance with him.

Anthony thinks his way through fights and chooses his moments to crank up the pressure. What I would like to see him do is cut the ring down a bit more, but what he is doing he is doing well.

Daniel Dubois passed another examination against the unbeaten DL Jones, who was an ideal opponent given the size of him and the way he utilised his man-strength.

He was able to mess Daniel about a bit because he knows the game and you could see him on the blindside of the referee continually holding his arm and putting the nut on him during the fight.

These are all things he has got to learn from and Daniel maintained his composure. He came into the fight off a heavy bout of flu so he did well and, when he needed to, he pushed the button and knocked the fella over.

I’ve read a few comments comparing Daniel to Anthony Joshua and how Joshua would knock him out. They seem to conveniently forget the wealth of top-level amateur experience Joshua was gathering when he was Daniel’s age and beyond, reaching the final of the world championships and winning Olympic gold.

Daniel had just seven senior amateur fights and is learning the ropes as a professional.

The same can be said of Nathan Gorman who I believe is looking better with every fight with Ricky guiding him. His opponent Morgan Dessaux came to win and was unbeaten in four, but when Nathan needs to he throws lots of shots and is a busy, busy fighter.

As the floater on the night, Ryan Garner was unlucky to miss out on a TV slot, but this didn’t dent his confidence one bit and a sizeable contingent from Southampton stayed back to cheer him to victory. 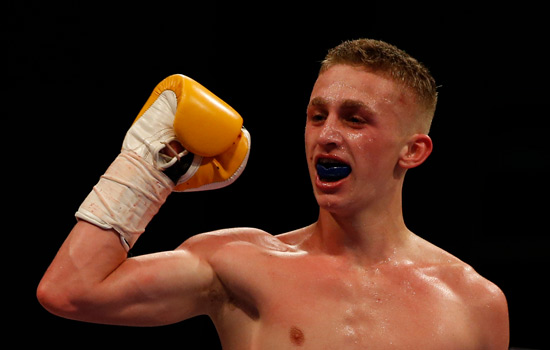 I’ll tell you what, Ryan really does remind me of a young Naz, with the way he moves, dispatches body shots and the manner he stalks his opponents and makes them miss.

When he does make them miss he makes the pay as well.

Ryan has got that little spark and swagger about him and it is easy to forget that he is still a kid who has yet to acquire his man-strength.

I am looking forward to seeing him, Anthony and Daniel appear on our big 02 Arena show on April 14 in support of our headliners Billy Joe Saunders and Terry Flanagan, who will be bidding to retain and win world titles on the night.

If you didn’t get along to York Hall on Saturday we have another clutch of our talented young fighters performing at the same venue on Friday evening, who are all well worth a watch.

The likes of Sunny Edwards, Charlie Driscoll, Zak Chelli, Sanjeev Sahota and Jake Pettitt will be on show and we are looking for them all to impress, prove they should be taking the next step and making a name for themselves as TV fighters in the near future.

I am looking forward to seeing them do the business and good luck to them all.

OPPORTUNITY HAS KNOCKED for Bradley Skeete, who travels to Bilbao on March 24 to fight for the European welterweight title against the undefeated 24-0 Spaniard Kerman Lejarraga.

Bradley wants big fights and this one ticks a box, as well as being an ideal bridge towards operating at top world level. Victory will improve his standing in the welterweight world and I fully expect Brad to successfully accomplish what could be a tricky mission on Spanish soil.

I WOULD LIKE to once again send my sincere condolences to the family and friends of Scott Westgarth, who died in hospital after collapsing in the dressing room following his fight on Saturday in Doncaster.

Our thoughts are with his family at this terribly sad time.