YARDE: “I CAN FEEL IT GETTING CLOSER” 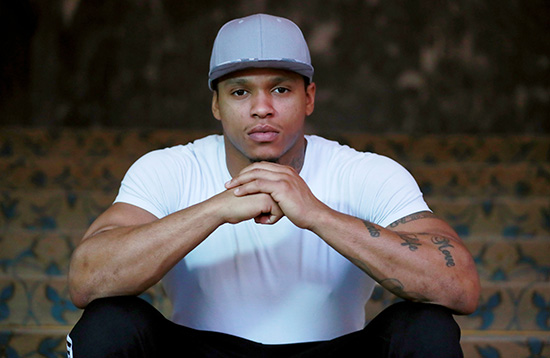 ANTHONY YARDE BELIEVES he is rapidly closing in on a shot at a light heavyweight world title.

The charismatic 27-year-old, who carries explosive speed and power, faces his latest and most challenging audition yet against former European champion Mehdi Amar at the Morningside Arena in Leicester on February 23, live on BT Sport.

An impressive victory over an opponent who has suffered only one early finish – in his fourth fight due to injury – and was only defeated on points by the formidable now world champion Oleksandr Gvozdyk last year, will likely lead the WBO towards mandating the 17-0 Yarde to challenge the winner of this weekend’s rematch between Eleider Alvarez and Sergey Kovalev.

Yarde, who has been happy to bide his time up to now, suspects himself that his moment of world title truth is looming closer.

“I have said to myself when the time comes I have got to be ready,” said the WBO Intercontinental champion. “Sometimes they say it is energy, that you can feel things and I can feel it getting closer so I am pushing myself to the limit, literally, in trying to become a better fighter.

“I said it right from the start of my career, I am not really training for now, I am training for the future.”

Yarde, along with his trainer-manager Tunde Ajayi, undertook a scouting mission back in August for the original Kovalev-Alvarez encounter in Atlantic City and witnessed first-hand the toppling of the Russian known as Krusher.

He views targeting the winner of the sequel as a logical sequence of events.

“Most definitely,” added the strapping six footer. “These are the world champions and I’ve always said it doesn’t matter who the champion is, I have just got to be ready for when I get to that stage. I am very nearly at that stage now, I am ranked No.1 by the WBO and No.8 in the world by BoxRec,  so that is a very big position – top ten in the world after 17 fights.

“So it shows I am doing something right and I’ve just got to keep working hard.”

So will Yarde, who doesn’t study boxing religiously, be tuning into BoxNation to see if Kovalev can recapture former glory against Alvarez?

“If you consistently watch a possible opponent you start to worry about what they do well. I just need to worry about what I do. I’ve seen Kovalev fight a few times – before I was even a professional – so I know what he is about and I know he is slowing down, although he has still got the power, obviously.

“But until I am booked to fight these guys I don’t need to pay them any attention.” 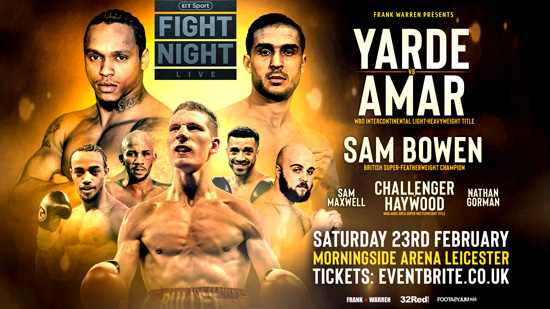