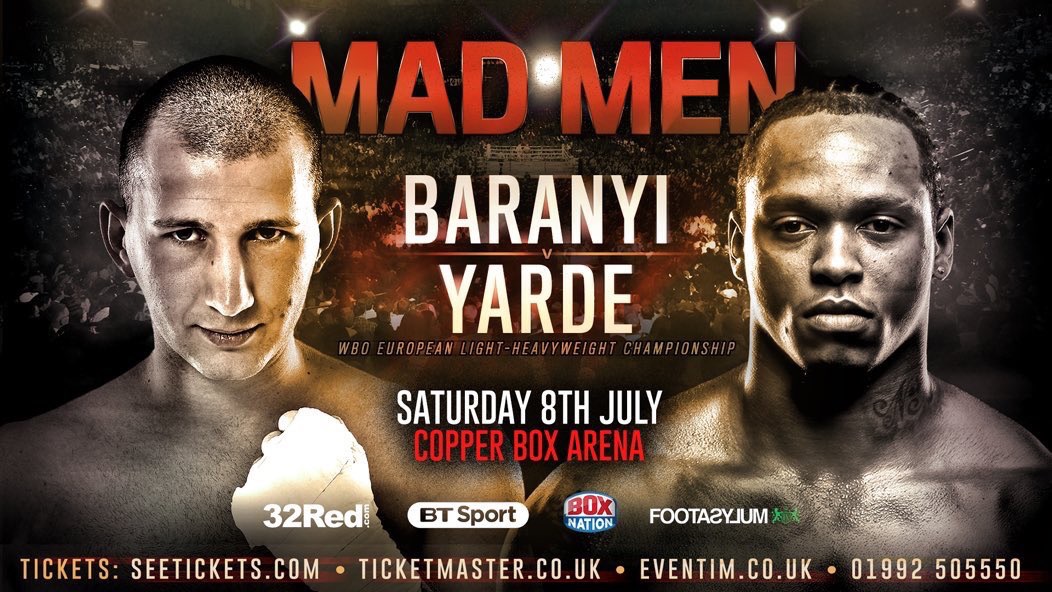 Light-Heavyweight demolition man Anthony Yarde says he is ready to announce himself on the European stage.

Yarde, 25, in unfazed by his Hungarian opponent’s superior 18-1 record and is planning on making a statement in front of his home crowd.

“I believe every fight from now should be a step-up,” said 11-0 Yarde. He also went on to confirm a surprising stat on Baranyi, “My opponent has had more knockout wins than I’ve had fights! I don’t believe in rushing but I’m massively motivated to get another belt around my waist.

“Baranyi is the Champion and he is coming to my back yard to defend his belt. I respect him for that but this is a golden opportunity to add another belt to my collection and send a message to the rest of the division. I’m developing at the perfect rate.”

The hype continues to grown around ‘The Beast’ after he knocked down Chris Hobbs six times on his way to picking up the Southern Area title last month.

“There will be a lot of eyes on me and it’s an added pressure that I thrive off. It’s just another fight and I’m 100% confident that I’ll win. A lot of people will be tuning in to watch the manner in which I win and how impressive I look.”