Yes, Billy Joe could beat Canelo but only if he trips the fight fantastic again 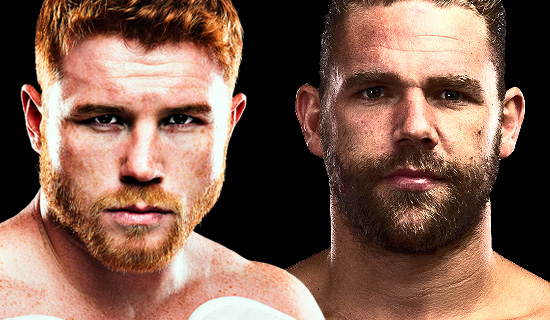 “If Canelo Alvarez fancies it I’d back my man Billy Joe Saunders to dethrone the WBA, WBC and IBF champion”

That’s what Hall of Fame promoter Frank Warren opined in his regular Daily Star column last week. No doubt certain cynical eyebrows were raised on both sides of the Atlantic and not least in the fiery Mexican’s home abode of Guadalajara.

But tell you what – I agree with Frank: with one proviso.

BJ would have to have put on his dancing shoes again and adopt the same quickstepping routine which left David Lemieux looking like a ballroom wallflower when they met in Montreal in December 2017.

As I wrote at the time, Billy Joe was more Billy Elliot, tripping the fight fantastic.

Saunders did not put a foot – or a fist – wrong against the outboxed, outfoxed and outclassed cocky Canadian challenger defending his WBO middleweight title.

It was certainly the most compelling and complete victory by a Brit since Tyson Fury teased and toyed with Wladimir Klitschko back in 2015, and before that Joe Calzaghe’s total domination of Jeff Lacy.

You got the impression that the new super-fit Billy Joe could have danced all night, and if he continues in the same vein he’s a cert for Strictly when he fighting days are done.

On the evidence of what we saw in Montreal he would give either Canelo or Triple G big trouble as they would find it difficult to nail him, and even if they did his chin is one of the best in boxing. Have you ever seen him wince or wobble?

Now he is boxing at super-middleweight for his attempt to win the vacant WBO title against German-based Albanian Shefat Isufi at the Lamex Stadium, the home of Stevenage FC this Saturday night (live on BT) , he would have to move down again or they up. That is if either fancied the fight. But in my view his only undoing would be if he was enticed into a brawl rather than a ball.

For the Lemieux fight Saunders’ soft shoe shuffling was choreographed by Dominic Ingle, scion of his dad’s academy of fistic culture in Sheffield where hit and hop it has always been on the teaching syllabus rather than getting stuck in.

The former undefeated WBO middleweight champion is now under the aegis of Tyson Fury’s new young instructor Ben Davison, who also seems an advocate of a boxer being light on his feet and not taking too many risks against a renowned puncher. He was the architect of Tyson’s phenomenal draw with Deontay Wilder.

So will we see more of the same on Saturday? I hope so because it will bode well for BJS’ future engagements against some of the heavier artillery in the division.

Promoter Warren has always maintained that Saunders, at 18, was potentially the best of GB’s talented class of 2008 at the Beijing Olympics, even though unlike James DeGale (gold) and David Price and Tony Jeffries (bronze) he did not win a medal. But that potential was realised when he acquired the WBO middleweight belt against Andy Lee.

In the past Billy Joe, always a maverick, has been more that a tad wayward, like his old mucker Tyson Fury, with opinions that sometimes were too candid for comfort and some irresponsible behaviour. Both lost their world titles through out-of-the-ring controversies.

But like Fury he has got his act together, has matured and knuckled down to become a fan-friendly guy who now takes his job of winning world titles more seriously.

Saunders, like Fury a family man with young kids, has a luxurious chalet on a travellers’ site in Hatfield, Hertfordshire, just a few miles from the Stevenage FC ground where he tops the bill against a man who may not be the pushover some seem to think.

He is rugged and resilient and has a decent percentage of stoppages on his 27-3-2 record, with a No1 contender ranking by the WBO.

Their fight was originally for the interim title, but Gilberto Ramirez has relinquished and moved up to light-heavyweight meaning the full championship is now on the line.

Former WBO middleweight champion Saunders, 29, unbeaten in 26 contests, told this website: “I was always assured by Frank Warren and MTK that the fight would be for the full version of the world title.

“They told me not to get impatient when it was just the interim title. That is what I’ve done and it has happened to work out for the best.

“Being called a two-weight world champion sounds nice and it is good for the history books.

“Boxing is a business, but to be a two-weight world champion is something you dream of growing up and here is my chance to achieve it.”

Well, the band is playing, the dance floor awaits and we look for another rhumba in the jungle from a twinkle-toed Billy Joe.

Chingford prospect Boy Jones Jr fights for the vacant WBO Youth title Tickets can be purchased via borotickets.co.uk and are priced as below: