You be the judge – does boxing’s card need marking? 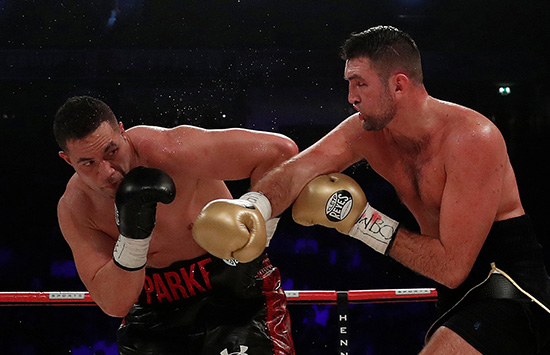 Some people will always tell you that there’s something about boxing that doesn’t quite add up. And sometimes they are right – it’s the scorecards of those ringside judges who see what’s happening in the ring rather differently to the rest of us.

Deeply controversial scoring of contests is nothing new. It has gone on since the days when the referee was the sole arbiter.

As someone who failed O-level maths abysmally many years ago I am in no position to mark anyone’s card.

So let’s make one thing clear. Boxing is the most subjective sport of them all, totally decided by opinion unless there’s a ko, retirement or referee’s intervention.

And opinions may vary as to the virtues of what constitutes aggression, scoring punches, defensive footwork and so on.

Sometimes the judges get things wrong but it is poor judgement or incompetence, and certainly not corruption.

After all, one crisp right-hander to the chops can render the best-laid Machiavellian plans asunder.

After covering a whole array of sports for more than half a century, including just about every one in the Olympic Games, I can tell you that boxing is by no means top of the list when it comes to dubious decisions..

I have seen far worse howlers in gymnastics and ice dancing for instance.

And how often do we see football and rugby referees, and cricket and tennis umpires making mistakes?

True, new technology now assists the human eye in several sports and maybe day this will come to boxing.

Though the short-lived experiment with computer scoring in Olympic boxing created even greater angst and controversy.

Boxing always seems to get it in the neck when there is a judging is dispute over scoring yet sometimes a bout can be difficult to assess especially when there is so much hit and miss, as there seemed to be in Manchester last weekend.

Nor am I making excuses for what happened in Las Vegas a fortnight ago when Golovkin’s fight with Canelo was declared a daft draw.

Or when two of the three judges at the WBO heavyweight championship between Joseph Parker and Hughie Fury had a touch of the Adalaide Byrds and made the Kiwi champion the winner by a runaway 118-110 margin.

As I said here last week I would, I chose to listen to it on radio so I can’t really offer a valid opinion.

The BBC commentary was first rate as usual but it definitely leaned towards young Fury.

Mike Costello reckoned Fury won by two rounds (7-5) and guest pundit David Price had it 7-4-1 in the Brit’s favour.
Steve Bunce made it all square at 6-6, in line with one of the two American judges.

As I say I wasn’t there but I know a few who were and the consensus (outside the Fury camp) was that Parker had won by between two to four rounds.

By all accounts it was a dull, dour fight, with the second US judge giving it to Parker by an astonishing ten rounds to two (118-110) as did Britain’s Terry O’Connor.

Now here’s a funny thing. If anyone night have had the dead needle towards the Samoan-born New Zealander it was Wolverhampton’s ex-heavyweight O’Connor, who had been jocked off as the ref because of objections by the Parker people.

But O’Connor still called it as he saw it and obviously did not allow the slight he had suffered to prejudice his judgement so heavily in Parker’s favour.

He may have erred badly, just as Mrs Byrd did in Vegas, but at least it was an honest opinion, if one with which the vast majority disagreed.

By all accounts Parker, who is not the greatest heavyweight champ there has ever been, won on aggression, keeping Fury on the back foot from where it is always difficult to succeed by counter-punching.

He also tweeted thus:”I thought it was an absolute disgrace…Parker wasn’t even in the fight. One of the worst decisions I’ve ever seen.”

He even described Hughie’s performance as “Shades of Ali.”

What Hughie needed to win was not the footwork of Muhammad Ali but the arm power of the cricketer Mooen Ali and tried to hit Parker for six!

At least that would have caught the judges’ eyes…and possibly Parker’s chin.

However I echo Frank Warren’s sentiments that it was a close fight and that the quiet, likeable Hughie –as different to volatile cousin Tyson as chalk and cheese – did well considering his long ring absence. At only 23 he is young and talented enough to come again, and will soon be back in the title picture.

He will be better for the experience, has a great chin and would hold his own as a viable contender for either of the two other world heavyweight champions, Anthony Joshua and Deontay Wilder.

CONGRATULATIONS TO Sam Eggington, named this week as the year’s Best Young Boxer by the Boxing Writers Club. 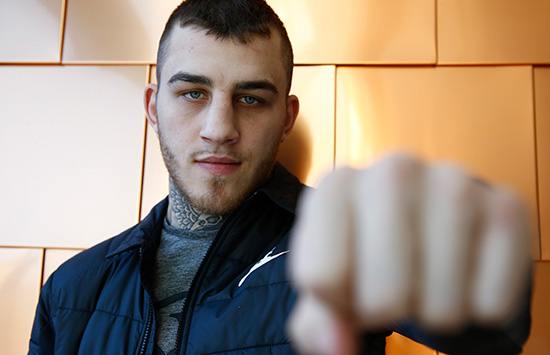 Although well beaten by Bradley Skeete last year the 23-year-old has bounced back to win the European welterweight title and pipped my choice, the undefeated Zelfa Barrett, for the prestigious award.

Let’s hope that Sam avoids the jinx that has blighted the previous three winners of the annual award: Kid Galahad failed a drugs test and both Mitchell Smith and Liam Williams lost their subsequent bouts.

As Eggington defends his European belt against French southpaw Mohamed Mimoune in Manchester on October 7 – two days before the awards dinner at London’s Savoy – Club members will be crossing their fingers that he doesn’t get beaten.

If he does, then it could be a case of Egg-ington on faces…